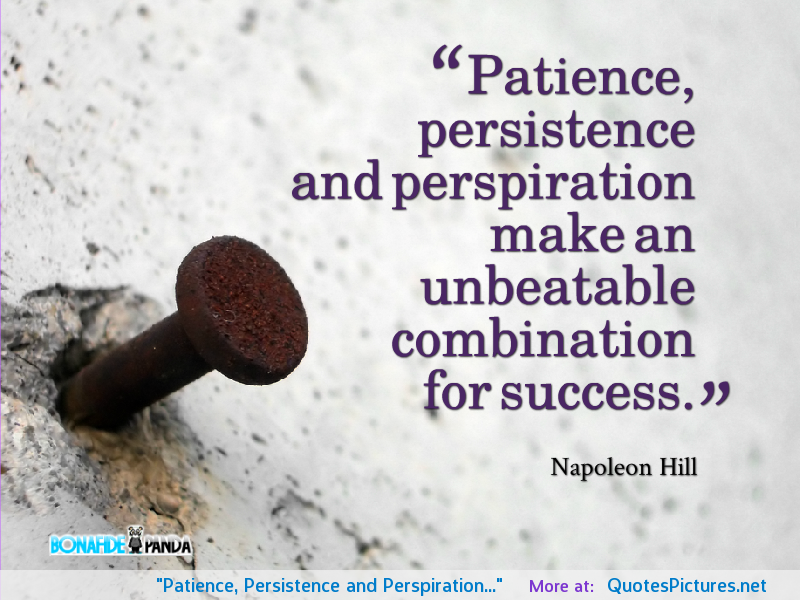 Persistence, endurance, tenacity, doggedness!  If you are like me, you have heard these words all your life!  But what do they really mean and do they really have a significant place in our daily life or our business?  I think they do!!  Throughout history, people have proved over and over that if you are willing to accept rejection and keep on trying, you can succeed.

Some of just a few famous people who succeeded because they were persistent are listed below.  Check them out, I bet you will recognize a few of them.

Walt Disney – Walt’s first animation company went bankrupt.  His news editors said he had no imagination and fired him.  History tells us that he was turned down 302 times trying to get financing for Disney World.  But because he was determined and persevered everyone knows MICKEY MOUSE.

Colonel Sanders  – We all eat his chicken and we know he was an older guy in a white suit.  What most people don’t realize is that when he got his social security check for $105 he was angry.  But instead of making do, he MADE it.  He decided that restaurant owners would love his fried chicken recipe, their sales would grow and he would make money,.  Driving across the country, sleeping in his car and of course wearing his white suit he was turned down 1009 times.  But it just took one yes and because of his persistence he made history, and by the way, a lot of money.

J. K. Rowling – The author of the Famous Harry Potter series started the book while divorced, raising a child on her own with no money.  When she finally finished the book it was rejected by twelve publishers.  When it was finally accepted for publication over a year later, she was advised to get a day job because there is no money in children’s books.

“You might never fail on the scale I did, but it is impossible to live without failing at something, unless you live so cautiously that you might as well not have lived at all–in which case, you fail by default.”   —-J. K. Rowling

While I don’t put myself in the class of those people yet, I do know the value of persistence, especially in my Avon business.  In the course of my sales, I have certainly heard rejection, but I keep on going and keep on asking and it works.  If you have noticed that my blogs lately seem a little strange, it is because I wanted to be able to put a video on them.  You have no idea how many times that was a dismal failure, but I was SO determined and I am now able to add my videos on my blogs.  I was persistent and I found a way! Just making a video seemed like a mountain I would never climb, but with sheer determination I have succeeded.  I have a ways to go to be good at it, but I will keep trying to be better!   I hope you will take a minute and watch the videos and let me know what you think.

I hope this gives you some food for thought and you will keep working on getting those Yes answers that in variably follow any no’s that you get.

As the Leader of the Avon Rising Star Team I am always proud of the accomplishments of my team!  Since we are spread out around the United States, I keep in touch with everyone for training, motivation, and recognition by phone support, email, texting, blogs or whatever works for the individual representative.  I am available to anyone who needs me every day for most anything you need.  I welcome new representatives and you can sign up to sell Avon by clicking here. Buy Avon Online Sign up to Sell Avon Online How to Sell Avon Online

Click here to sign up to sell Avon and begin to build your business and make your dream come true.

Click here to browse and buy from the latest Avon brochure... online 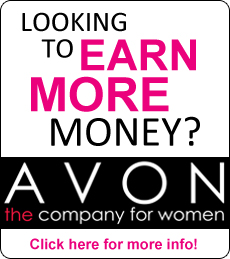